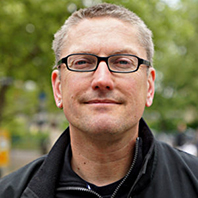 Patrick Sahle is Professor of Digital Humanities at University of Cologne. He is also responsible for the Cologne Center for eHumanities (CCeH) and for any DH related issue of the university, as well as its research projects. Furthermore, he is the coordinator of the Data Center for Humanities, University of Cologne (DCH). He is also the Vice President of QUANTUM, the Association for Quantification and Methods of Historical and Social Research, and a member of the International Editorial Board of DH Commons, the Institut für Dokumentologie und Editorik (IDE) and the Text Encoding Initiative (TEI). He is the author of several articles in the field of digital humanities and a 3 volumes monograph, Digitale Editionsformen, Zum Umgang mit der Überlieferung unter den Bedingungen des Medienwandels, published in 2013. 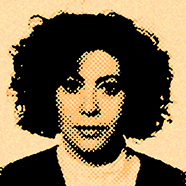 Susan Schreibman is Professor of Digital Humanities and Director of An Foras Feasa, the Humanities Research Institute at Maynooth University. Her research in the Digital Humanities ranges from text encoding and the creation of digital scholarly editions, to more recent interests in Virtual Worlds, DH and Public Engagement, and Datamining. Her current digital projects include Letters of 1916, a crowd-sourced scholarly edition of letters about Ireland, and Contested Memories: The Battle of Mount Street Bridge, a 3D simulation of one of the largest battles to take place during the Easter Rising in April 1916.  Her publications include The Life and Work of Thomas MacGreevy: A Critical Reappraisal (Bloomsbury 2013), A Companion to Digital Humanities (Blackwell, 2004) and  A Companion to Digital Literary Studies (Blackwell, 2008).  She was the founding Editor of the peer-reviewed Journal of the Text Encoding Initiative and is the Irish representative to DARIAH, as well as co-Chair of its Virtual Competency Centre on Education and Research.

Dirk Van Hulle is Professor of English Literature at the University of Antwerp. He directs the Centre for Manuscript Genetics and was President of the European Society for Textual Scholarship from 2009 to 2013. He is principal investigator of the ERC project ‘Creative Undoing and Textual Scholarship’ (CUTS), full partner of the ‘DiXiT’ Marie Curie Initial Training Network on Digital Scholarly Editing, and trustee of the James Joyce Foundation. He is the editor of the new Cambridge Companion to Samuel Beckett (2015). With Mark Nixon, he is co-editor of the Beckett Digital Manuscript Project and editor-in-chief of the Journal of Beckett Studies. He is author of Textual Awareness (2004), Manuscript Genetics (2008), Modern Manuscripts (Bloomsbury, 2014) and co-author of Samuel Beckett’s Library with Mark Nixon (Cambridge UP, 2013). He is the editor of Beckett’s Company (Faber, 2009) and of the first three modules in the Beckett Digital Manuscript Project, including a genetic edition of Beckett’s The Unnamable (with Shane Weller and Vincent Neyt) and Krapp’s Last Tape.