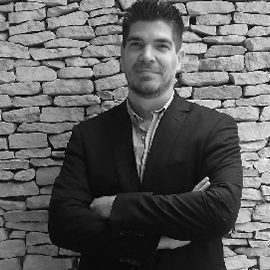 PhD historian, software and web developer: his field of research is the early modern Ottoman Empire and Mediterranean. He wrote his doctoral dissertation on the Cyprus War of 1570-1571 and its Venetian and Ottoman political and cultural contexts at Central European University (2016). His contributions to the field of Digital Humanities include developing the first Ottoman Turkish language analysis software known as Rumi 1.0, content and web development for the Simon of Saint-Quentin: History of the Tartars web application, developing the language technological methodology for the Qulto SimilR text similarity detector, developing several e-learning courses, and teaching a number of DH courses at Central European University from 2014 to 2018. He taught early modern historical and literary courses at Queen Mary University of London (2004-2008) and Central European University (2011-2018). He was the founder and content editor of CEU Medieval Radio, a medieval-themed web radio, from 2012 to 2018. Currently, he manages DH, language technological and repository projects at Monguz/Qulto.